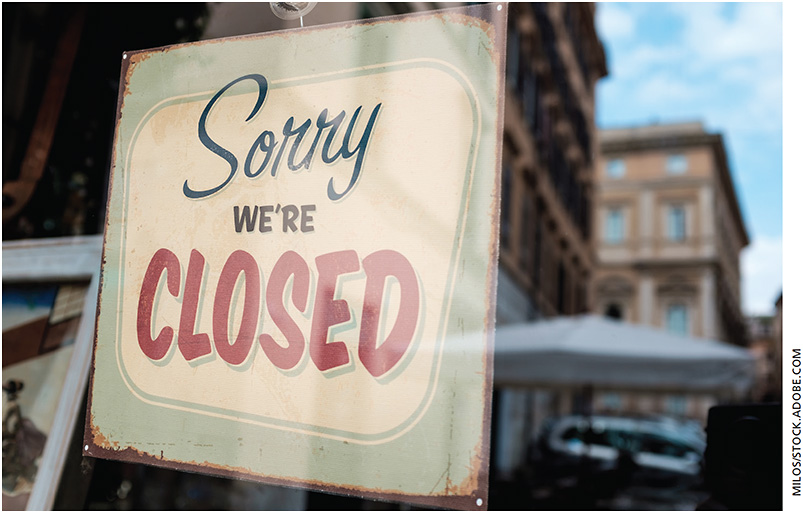 A single e-mail brought my career to a screeching halt.

It certainly wasn’t what I’d expected. 2020 began on a very optimistic note for ophthalmologists. I was part of a growing practice and with an aging population to fuel the need for more eye care … what could go wrong? Little did I know that I would soon be laid off, along with 1,500 other doctors and employees in our group, almost overnight.

It was a policy e-mail from the AAO on March 19th that shut us down, instructing ophthalmologists to postpone all elective, nonessential surgeries during the COVID-19 outbreak. In addition, the AAO requested that ophthalmologists provide only urgent or emergent care, including office-based and surgical care, during this time. I understood and respected the instructions, as did everyone else in my practice. Of course, the safety and health of staff, patients and family are paramount.

However, the next immediate consideration of every doctor, manager, eye surgery nurse, tech, receptionist and scribe became financial. How do you even begin to decipher the economic circumstances in this unprecedented time?

THE END OF THE WORLD AS WE KNOW IT?

There is a lot of talk about the impact of the pandemic on our economy. We have watched the stock market crash and horrible social media stories unfold, and the news has stoked fear in many. Perhaps even more frightening is what we have seen happen to the U.S. unemployment rate since the shutdown commenced. From an historic low of less than 3.5% just before the shutdown, 26.5 million people applied for unemployment in 5 weeks, according to an April 23 article in Reuters.

How is the American worker supposed to get from point A to point B with a majority of practices and businesses unable to open? Is this the trigger for a recession? What type of political policies can help? To begin to answer requires first understanding and framing the question in economic terms.

Until this pandemic, most economic indicators reflected a thriving and growing economy. The COVID-19 pandemic is a social health concern that brought the “demand” side of the economy to an abrupt halt. Responsible rules with social distancing were the cause, since face-to-face interactions have been largely outlawed.

As for the other side of an economy, the supply side, the highly contagious nature of the virus resulted in manufacturers being unable to furnish an adequate supply of personal protective equipment. In other industries, there may now be a glut, as demand has temporarily dried up; who needs new clothes when so many of us are either working from home or not working at all?

The simple equation of supply and demand became critically wounded due to the sudden, rapid onset of the pandemic.

This is why monetary policy, which involves management of interest rates and the money supply and is the solution governments typically utilize, will have little to no impact on the economy. Thus, the Federal Reserve’s attempt at stimulus by dropping key interest rates a full 1% and buying back billions of treasury bonds didn’t cause the economy to budge. Consumers could not spend money or grow businesses when they are confined to home, unable to easily shop, travel and work. People are more worried simply about not having a job to pay bills.

The focus of all U.S. policy and dollars must go toward containment of the virus. It is clear that fear and illness are 100% correlated with the current economic impact. Until this pandemic subsides, the economy is stuck regardless of stimulus packages. Fiscal policy, in which the government uses its taxing and spending powers, such as the $2 trillion CARES act, is necessary to act as an umbrella for the American worker during the storm.

Fiscal policy can solve the concerns of workers who have debts and need to buy food but no ability to work anywhere during the pandemic. Government funding of businesses and to individuals will supplement expenses, since there are not revenue or earnings during this forced shutdown. It is not a time for politics, long debates or blame.

Rather, it is now time for the government to show compassion and act responsibly to protect American workers, so they do not become critically wounded during this crisis. Policy should focus on helping workers who need more help and should not allow companies or individuals to eventually profit from any assistance. A recent proposal was a payroll tax holiday; however, this would favor higher-income workers. Time is of the essence, and a quick fiscal response is critical.

This spring felt more like a long, dark winter. But, with prompt, appropriate fiscal policy, the engine of the economy will eventually start up again. The cataract and glaucoma patients who are accumulating will eventually be able to safely come to the office and the OR’s will reopen.

Eventually, the longed for “normal” will return. And hopefully our jobs will, well, seem like just work again. OM

Scott LaBorwit, MD, is a principal at Select Eye Care, with locations in Towson and Elkridge, Md., and is an assistant professor, part-time faculty, at Wilmer Eye Clinic of Johns Hopkins Hospital, Baltimore. His e-mail is Sel104@me.com.

Disclosures: Dr. LaBorwit is a consultant to and speaker for Alcon.