As I See It

A lesson for the ages

What we “know” is always in flux.

“One half of everything you will learn is wrong; we just don’t know which half.” This lesson, passed on by my medical school dean in his welcoming comments, is a lesson I have taken to the bank. What we now call continuing education is simply a matter of siphoning off the wrong information and replacing it with newer “evidence.” That information might be wrong, too, but at least we’re getting there.

DON’T GET TOO ATTACHED TO THAT THEORY

Glaucoma is a good example. I learned originally that chronic glaucoma was a disease of pressure. The decision to treat the pressure, in the presence of a healthy nerve, was based on statistics. The first standard deviation from the norm was 21 mm Hg and the second standard deviation was 24 mm Hg. If a patient had a pressure of 21 mm Hg, he had a 1% chance of having glaucoma; if it was 24 mm Hg he had a 5% chance.

Soon we were taught to look at the retinal nerve fiber layer using direct visualization and red-free filters. I looked all right, but for the life of me I could not tell the difference unless the disease was terminus. It took a much better clinician than myself to make any sort of assessment based on this examination.

Happily, for me and my patients, some clever engineers figured out how to measure retinal nerve fiber layers. I purchased the machines and had a way to quantify the retinal thickness. This helped me assess glaucoma way before the visual fields changed.

Originally I looked at glaucoma as pressure, then as an optic neuropathy, then as a retinal nerve problem. I assessed it by the appearance of the nerve, the subjective visual field and the objective nerve fiber thickness, all of which documented our failure to control the disease.

Now I am encouraged by the use of electroretinography to objectively measure the retina’s ganglion cell layer function in patients suspected of glaucoma. It helps me measure cellular stress before death. It is possible now to lower the pressure and watch the cellular function return to normal. For the first time in my career, I have recognized glaucoma patients whose nerves are dying and nursed them back to health. 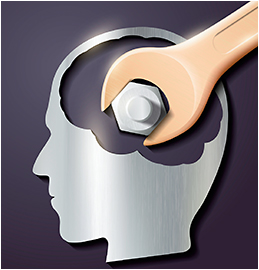 Imagine now developing long-acting, pressure-reducing medications that can be placed inside the eye a few times a year. Medication failures might be handled through the pars plana with procedures reducing ciliary body secretion or enhancing uveoscleral outflow. That would move glaucoma into the purview of our retina specialists: a retinal ganglion cell disease treated with intravitreal injections and vitrectomy.

That’s something my medical school dean would not have dreamed of in a million years, yet I’m watching it unfold over the course of one career. OM